These increased standards document that the dog has a desire for hunting, is trainable and not gun shy.

In House Breeding and Socialization

Puppies from Kennel Fieldghost will from an early age be introduced to other people, including children and get used to being touched and getting their claws cut. The puppies will be introduced to game and be stimulated with different covers to walk on, a puppie’s swing and other small challenges according to their stage of development.

The Weimaraner uses its tale to communicate with

humans and other dogs, for balance and navigating

when swimming. That is why the puppies from 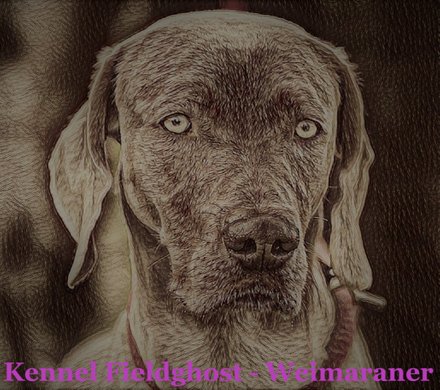