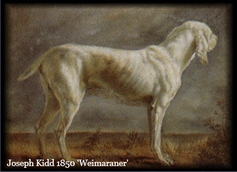 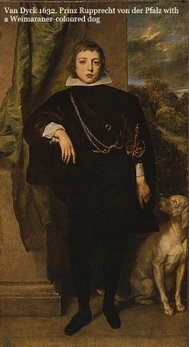 Official recognition of the Weimaraner as a breed was rewarded in 1896, but the history goes back to the late Middle Ages, where Weimaraner-type dogs in hunting situations are found in art and literature.

The German Grand Duke Karl August (1757-1828) felt great love and admiration for these aristocratic gundogs, who lived closely together with the noble family at the court of Weimar. Grand Duke Karl August was extremely secretive about the breeding, and until 1891 no documentation is available disclosing which breeds have contributed to the Weimaraner we know today – just theories.